The Correlation Station depicts a year of the Seasons of the Northern hemisphere (places above the Equator)..and the constellations that can be seen in the sky during each of those seasons.

A correlation is a connection or some relationship between two or more things. Maybe the way someone talks reminds you of something else……a song? a bird chirp? or a growl? Your correlations may not be the same as another person’s, but they are just as important and help make you. YOU!!

The Correlation Station can remind you to be AWARE of things around you—to see connections and correlations in everything. It doesn’t have to be a thing; it can be the weather outside or a symbol or a feeling you may have.

Look at the table below—each line is a list of correlations!! Look at the list under the Heading ‘Element/Examples’; the sign’s element correlates with a certain characteristic of the sign. 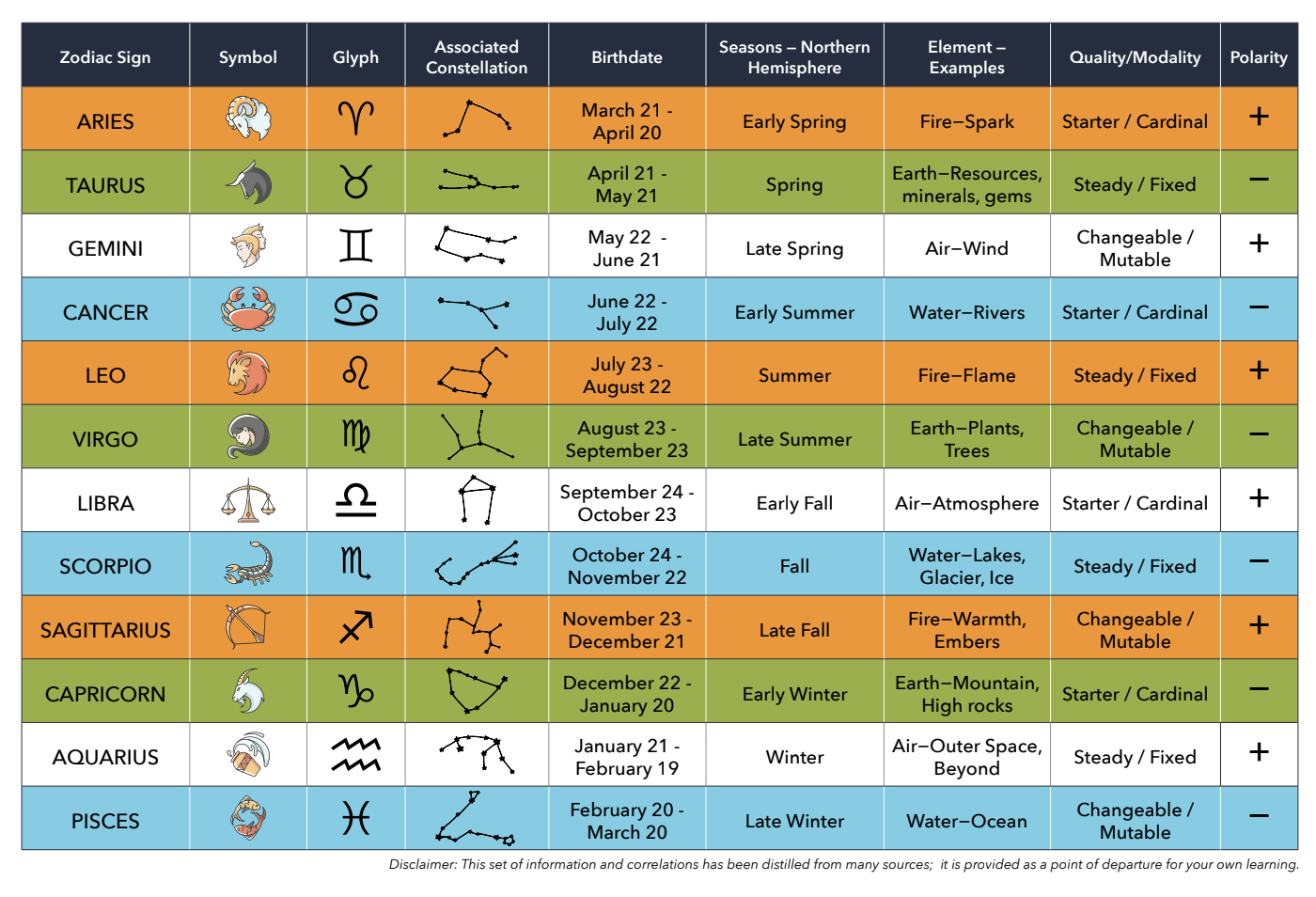 Your birthday would correlate with the constellation Leo (The Lion) if you were born between July 23 and August 22…during that time the days would be long and sunny and hot. There would be leaves on the trees and flowers growing. Maybe you would correlate that time with swimming or the beach, or camping. Leo is in the Fire element

But, if you were born between Nov 23 and Dec 21, you could correlate your birthday with leaves falling OR maybe even snow falling. The correlations are more changeable at this time when the seasons are changing, moving from one season to another.

What do you think of when the leaves begin to fall? Going back to school? Raking? Picking apples? Helping your family get ready for winter?

Got your THINKER going??!! Notice and be aware of correlations—
What is the season when the Pisces constellation is front and center in the sky?
What constellation(s) correlate with springtime?