You are here:
On the Road 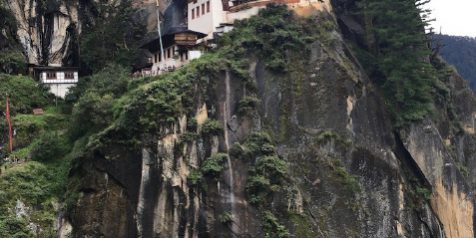 In the fall of 2019, the Pluff Planets and emojis were again on display–this time internationally in Paro, Bhutan.
There were 40 Living Sky Astrology Retreat participants — Astrologers from all over the world. They too were able to ‘express’ the Pluff planets with emojis.

The Living Sky Astrology group had been invited to visit the Bhutan College for Astrology, which had been established in 1616 in the capital city of Thimphu.

There was the traditional welcoming ceremony with Butter tea and rice. Vice Principal of the school, Lama Sonam Rinchen, provided us with a fascinating glimpse of the Astrology in Bhutan.

During a lively discussion after the presentation, the Vice Principal voiced his vision to have Astrology taught in Bhutan’s public schools — teaching children from the age of 7, which is the age that young monks’ formal education is traditionally begun. He also suggested the College of Astrology as a place for a possible International meeting of Astrology minds.

Before we left, I presented as an offering the special Planet Playground I had brought from Virginia, complete with Rahu (North Node) and Ketu (South Node), Mercury and his bicycle. Bhutanese Astrology uses only the 7 visible planets, Rahu and Ketu. Some of these planets had googly eyes. I hope the monks have enjoyed the fun and learning of having the Planets interact on the playground.

While in Paro, we were SO blessed to attend the Buddhist wedding of two of the attendees. On October 4, the weather was perfect in Paro! And it was such a beautiful experience, made even more meaningful by our opportunity to really get to know the Bride and Groom through our mutual travel and learning adventures there in Bhutan; the group had climbed up the 10,000 feet to Tiger’s Nest just the day before!!

The group had been made aware of the intention a few weeks before the trip. And I had time to chart the planned wedding time (and location)…and make some very special Pluff planets for the Bride and Groom (Identify Venus with her veil and Mars with his wedding Gho—traditional Bhutanese garb). In their Wedding chart…the Sun was transiting at the exact Mars-Venus midpoint!! So I had to include a Sun Pluff planet.